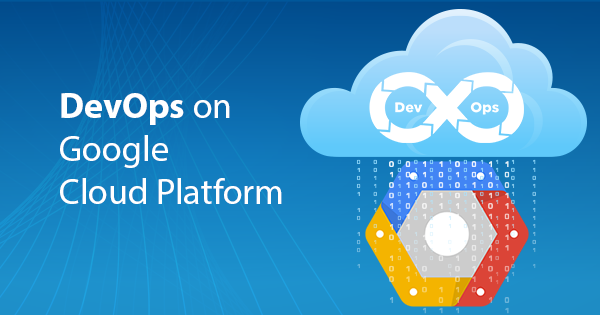 DevOps is an operating model used for automating the work process. It increases an organization’s ability to deliver services at a higher speed. With more companies resorting to the Cloud for developing their application, the new challenge was slower servers. Hence, a lot of maintenance was required to keep up with the growth of the market. This is when DevOps came into the picture to change the culture to a more reliable and efficient way to develop, monitor, and manage applications.

Be that as it may, Google Cloud Platform is a set of cloud computing services by Google made through means of services.  The services might include Google’s Big Data, Storage and Database, Networking, Machine Learning, and more. Other than the computing resources, Google Cloud Platform also supports SRE and DevOps tools, which makes the process faster and delivers the products reliably to all-end users.

In this article, we are going to focus on why DevOps on the Google Cloud Platform matters.

Importance of DevOps on the Google Cloud Platform

Users can enjoy a plethora of benefits by implementing DevOps to a developing model. It is particularly beneficial for companies that are based on software. Here are some of the top importance of DevOps on the Google Cloud Platform.

1. Shorter Time Take for the Products to Reach the Market

Organizations that have adopted and implemented DevOps on Google Cloud have shortened the time-to-market,

The 2019 report of State of DevOps mentions-

DevOps is created to increase deployment. DevOps developers can do it within such a short time through the iterative process. Using continuous development pipelines and microservices, companies can start to develop various aspects of the application at the same time.

By implementing an affordable and high-performance DevOps architecture on Google Cloud can be a little daunting. But with deployed, organizations will get to enjoy fully managed operations. So, organizations can take advantage of the Google Cloud Platform resources without even worrying about installing or setting software or operating infrastructure. This is how you can streamline the process of development.

At the core of DevOps, implementation is the CI/CD or Continuous Integration/Continuous Deployment pipeline, that once you have set up, automates the whole process, from testing to implementation. CI/CD pipeline is almost like an assembly line. So, just as the assembly line, it has revolutionized the process of software development as it automated all repetitive tracking iterations, testing, and more.

The CI/CD pipeline’s feedback loop brings feedback to the developer. As soon as the changes are made, the new iteration will be put back in the pipeline to perform more testing and deploy it in the production environment.

Vulnerability and security issues are something that you do not always have to worry about when it comes to DevOps on the basis of software development since security is the primary aspect of DevOps methodology. It takes various security measures during the software development process. Thus, it helps in mitigating the risk to a great extent.

For example, the process of automated testing can easily pick out the misbehaviors and vulnerabilities early on in the development process. It also practices limited rollouts that can introduce human users to an all-inclusive testing process before being released into the market.

Individual cloud also play a significant role in terms of security. Different cloud platforms come with different security technical guides or software. These help the developers to cover the bases. With Google Cloud Platform, organizations will get to enjoy a range of security tools.

One of the best features of DevOps on the Google Cloud Platform is it can scale up. It manages one instance but can also scale up to thousands when required. The services are more flexible as they can compute resources by provisioning, configuring, and scaling directly.

When organizations develop an application using DevOps, they tend to be more resilient to the new changes and much less likely to fail. It’s mainly because of the sheer amount of testing that can be performed with automated testing. Developers can just write down the number of tests that every deployment has to pass. Every failure and error gets recorded and analyzed automatically to find the root of the cause. This, in turn, reduces the time developers spend on debugging and making sure all bugs are fixed prior to the change being released.

In fact, DevOps facilitates faster disaster recovery in various ways. Firstly, every code change leads to a brand-new release. It means that the original code base isn’t changed permanently, and you can always roll it back to the stable version. Secondly, microservices are coupled loosely. It means that they can either be changed or completely removed from the architecture without making any major changes. DevOps’s isolated nature implies that it is less likely to cause system downtime and crashes.

One of the ideal ways to get work done at a faster pace is to distribute workloads. However, it was almost impossible when it came to conventional monoliths since a single line of code was capable of crashing the whole application. Thus, one team could create the whole app at once. Cloud-Native and DevOps promote an approach that makes it possible.

Adopting DevOps may appear similar to cloud migration or digital transformation and thus overwhelming. But even though it might involve cloud migration, embracing DevOps is more about organizational and cultural change instead of a technical one. DevOps is a powerful development philosophy that is becoming the standard for software engineering. It is crucial for promoting resilience, agility, collaboration, and innovation within modern development teams and enabling them to use the potential of the Google Cloud Platform.

For DevOps consulting, you can reach out to Buoyant Cloud. Our experts will assist to build CI/CD pipelines using Cloud Build, GitHub Actions, or Jenkins. We use the latest DevOps tools and platforms so that your agile software development is successful. Get customized DevOps services today as per your needs and requirements.

We use cookies on our website to give you the most relevant experience by remembering your preferences and repeat visits. By clicking “Accept”, you consent to the use of ALL the cookies.
Decline.
Cookie SettingsAccept
Manage consent

This website uses cookies to improve your experience while you navigate through the website. Out of these, the cookies that are categorized as necessary are stored on your browser as they are essential for the working of basic functionalities of the website. We also use third-party cookies that help us analyze and understand how you use this website. These cookies will be stored in your browser only with your consent. You also have the option to opt-out of these cookies. But opting out of some of these cookies may affect your browsing experience.
Necessary Always Enabled
Necessary cookies are absolutely essential for the website to function properly. These cookies ensure basic functionalities and security features of the website, anonymously.
Functional
Functional cookies help to perform certain functionalities like sharing the content of the website on social media platforms, collect feedbacks, and other third-party features.
Performance
Performance cookies are used to understand and analyze the key performance indexes of the website which helps in delivering a better user experience for the visitors.
Analytics
Analytical cookies are used to understand how visitors interact with the website. These cookies help provide information on metrics the number of visitors, bounce rate, traffic source, etc.
Advertisement
Advertisement cookies are used to provide visitors with relevant ads and marketing campaigns. These cookies track visitors across websites and collect information to provide customized ads.
Others
Other uncategorized cookies are those that are being analyzed and have not been classified into a category as yet.
SAVE & ACCEPT