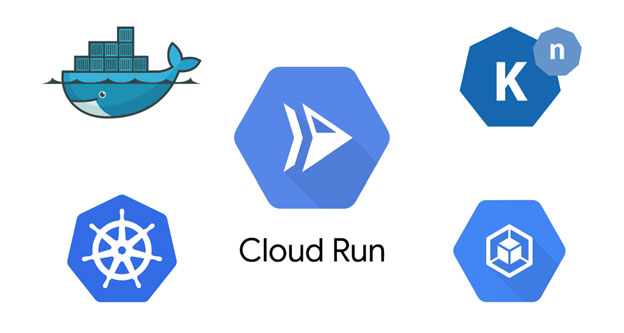 Google has launched Cloud Run, a solution to run serverless applications based on Docker containers. Serverless computing allows developers to focus on what is important and not stress about the underlying details of maintenance and infrastructure.

Google Cloud Run is a managed computing platform developed to help in running containers, which are invoked with requests or events. It functions over a serverless architecture to help you with the infrastructure management potential. If you use Cloud Run, you will get enough time to focus on the base of business implementation, such as building software, apps, and others, while Google service takes care of the management.

Cloud Run plans to develop and deploy malleable containerized applications over a serverless platform. It enables users to write codes using the chosen language. You can use Go, Ruby, Java, Node.js, Ruby, Python, or other such languages to write your codes. Cloud Run has been created over Knative open standards, which makes it possible for the users to implement portability upon the applications.

In case you are planning to use Cloud Run for the prospects of infrastructure management., you can master detailed concepts, attributes, and implementation tactics.

What is Different in Google Cloud Run?

Cloud Run produces a container image with a web server within. It can determine a set resource, such as memory, computer, and storage while keeping concurrency in check. It makes sure that the entire thing leverages stateless logic.

Cloud Run, like we already said, is serverless. So, you don’t have to worry about the back-end resources for running the applications. Like other serverless platforms, it can scale up and download. Hence, you have the right number of resources. With this, you don’t have to over-provision services to ensure that you don’t run out of storage, memory, or computing. Also, there is no question of under-provisioning and falling short of resources that can cause the application to fail.

Cloud Run is capable of creating HTTP endpoints when you push a container. It can receive requests and then direct them to containers. It extends by ascertaining that an adequate number of containers are required to handle the load that’s running.

Thus, the primary difference between Microsoft, Amazon, and Google products is the way they are deployed. Microsoft and AWS Lambda are sourced-based but Cloud Run isn’t.

How Does Google Cloud Run Work?

Cloud Run functions using stateless containers. So, if you have a stateless container, you are good to go as that is all you need for going serverless using Cloud Run. If not, you have the option to run your own code in your preferred language using the libraries and framework, which is best for your project. When you are done with that, pack your code into a container using one command.

With that, the app is now on the cloud and can be accessed by all users. you don’t have to provision, configure, or infrastructure management as Cloud Run takes care of everything for you. As your business grows in the future, Cloud Run will scale up, automatically to make sure you are paying for what you are using.

Cloud Run is a powerful tool that can come with a plethora of benefits. Let’s take a look at them.

Cloud Run doesn’t have any limitations when it comes to coding. It enables developers to choose their preferred programming languages, such as Java, Python, Go, Node.js, and more. Also, you can use your preferred operating system.

It also lets you pair the container images with well-known ecosystems, such as Artifact Registry, Cloud Build, and Docker.

Cloud Run containers are independent, complete web servers in themselves that make them ideal for testing. Developers can do local or remote testing easily using Cloud Run.

Another reason is to choose Cloud Run for portability. Cloud Run enables developer companies to avoid vendor lock-in giving them the choice to move containers across various platforms, VMs, off-premises, and more. Also, it is based on Knative, the open-source standard.

Moreover, it allows you to move your apps around or integrate them into other Google cloud services.

When you start with a new project, you might get worried about configurations and resource allocations. But you don’t have to encounter that in the case of Cloud Run. It is highly scalable, plug and play, and responsive. The pricing and the free plan are good reasons to get started with Cloud Run.

What is the Pricing of Cloud Run?

Google Cloud has the best pricing system when it comes to cloud services. This is also extended to Cloud Run. It is highly scalable and can easily scale down to zero. So, if the platforms don’t get any requests, they will shut down until it gets a request again. It means you can just pay for the resources that you are using and nothing else.

It has billed down customers to almost one hundred milliseconds or 0.1 of a second. You will also find a cost calculator when you use Cloud Run that will let you use the exact cost of the price of the used cases.

Getting Started with Cloud Run

You can easily get started with Cloud Run. It is one of the biggest benefits of using Cloud Run. But you should not confuse being easy with being limited. If you handle it right, Cloud Run can be highly powerful.

You can enjoy a smoother transition from legacy apps to serverless apps on Cloud Run by coordinating with D3V Tech, a cloud solutions development firm. It is popular among cloud-certified developers and engineers.

The ecosystem of Google Cloud has more than 100s of cloud-printed services, which are imposed upon AI, storage, computing, data analysis, and many more. But Cloud Run is one of the efficient services that can take your development process to the next level. Developers can use Cloud Run and integrate it with Kubernetes Engine to get better control over other cloud services, such as Code, Build, and microservices.

We use cookies on our website to give you the most relevant experience by remembering your preferences and repeat visits. By clicking “Accept”, you consent to the use of ALL the cookies.
Decline.
Cookie SettingsAccept
Manage consent

This website uses cookies to improve your experience while you navigate through the website. Out of these, the cookies that are categorized as necessary are stored on your browser as they are essential for the working of basic functionalities of the website. We also use third-party cookies that help us analyze and understand how you use this website. These cookies will be stored in your browser only with your consent. You also have the option to opt-out of these cookies. But opting out of some of these cookies may affect your browsing experience.
Necessary Always Enabled
Necessary cookies are absolutely essential for the website to function properly. These cookies ensure basic functionalities and security features of the website, anonymously.
Functional
Functional cookies help to perform certain functionalities like sharing the content of the website on social media platforms, collect feedbacks, and other third-party features.
Performance
Performance cookies are used to understand and analyze the key performance indexes of the website which helps in delivering a better user experience for the visitors.
Analytics
Analytical cookies are used to understand how visitors interact with the website. These cookies help provide information on metrics the number of visitors, bounce rate, traffic source, etc.
Advertisement
Advertisement cookies are used to provide visitors with relevant ads and marketing campaigns. These cookies track visitors across websites and collect information to provide customized ads.
Others
Other uncategorized cookies are those that are being analyzed and have not been classified into a category as yet.
SAVE & ACCEPT